Explanation of sumobots: Two robots will be inside a circular ring and face each other. 1,2,3, GO! The children click the run button and the robots drive towards each other, pushing each other. If one of the robots tires/wheels is out of the ring, then they are declared out and the other robot is the winner. 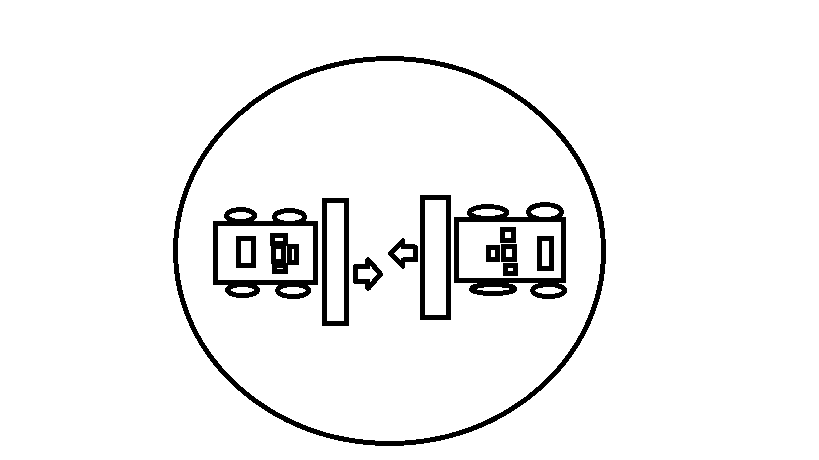 If they were able to finish in time the groups will compete. We should also have a discussion with the groups as to why certain groups won. What is different about that robot when looking at the other robot?