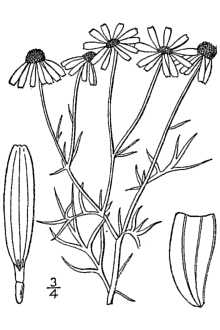 German chamomile is also known as scented mayweed and wild chamomile. It’s a hardy annual with pleasantly scented flowers, and is primarily grown for medicinal use and teas. Follow this handy How to Grow chamomile from seeds and relax. Learn how to grow your own organic chamomile in containers or in your herb garden.

Sow late March to mid-May either indoors or direct where it is to grow. If starting indoors, be sure to harden seedlings off before they are transplanted. Optimal temperature for germination: 19°C (65°F). Bottom heat speeds germination.

Chamomile is a fairly adaptable plant, but does best in full sun in well-drained soil. Water well in dry weather, and deadhead thoroughly to prevent self-sowing.

When and Where to Plant: Sow seeds in sandy, well-drained soil, with a little organic matter, in full sun or light shade, as soon as soil can be worked in the Spring. Rich soil will cause poor flower production.

Harvesting: Pick flowers in full bloom, on a sunny day. Spread them to dry on a cloth or screen in the sun. Remove leaf and stem pieces. Store in an airtight container in a cool dry place.

Plant prefers full sun and regular garden soil, and cool soils for germination.  Sow on surface and press in hard.  Sow in early spring for flowers by early summer.