Note: This method does not work for Joy Cons. Only Pro Controller. They do not use the same analog sticks. The issue for that is different and not something I am familiar with fixing.

What is this guide about?

This guide was created to help fix those dealing with Pro Controllers that suffer from drifting, which means when you hold the UP input on your analog stick, it does not register all of the way causing unintentionally sluggish movement. Or it may drift downwards. This is due to a manufacturing defect with the parts that Nintendo uses for Pro Controller, and it is very easy and simple to replace this part affordably. For this method, no soldering is required at all! Most people don’t own soldering kits, it’s a seemingly intimidating and complex task to do and you potentially run the risk of damaging your controller permanently if you are inexperienced. For this reason people would rather pay another $70 for a new controller than try their hand at soldering, and believe that is the only sound way of fixing their controller. I have personally have seen firsthand a number of people on their third or fourth Pro Controller (Me personally being on my third) and believing their controller is not usable which is far from the truth. I’m going to be explaining step by step what you will need, how to take apart your Pro Controller, how to replace the component and reassemble it. This works on all Pro Controllers. The end result will allow your Pro Controller to work like the day you’ve bought it.

TRUE cause of why this problem happens?

The real cause of this problem happening is because the analog stick sensor wheel, a component in the joystick itself starts to wear. This leads to inputs not being registered fully. There is no way around this but to replace the analog stick sensor wheel. Methods such as blowing into the socket of the analog stick, using rubbing alcohol, electrical contact cleaner DO NOT FIX THE ISSUE! They are only temporary solutions that may get you through a session but you will end up with the same problem very shortly after. There also tends to be an accumulation of white powder that may gather around the analog stick and even under it because of grinding against the socket which may play a factor in what causes this issue but I’ve taken measures to prevent that with my second and third pro controller but it’s happened a few months after purchasing even despite that. So I am forced to believe this doesn’t cause the issue but could contribute to it in some instances. Here is a picture of me opening my very first Pro Controller and discovering the accumulation of white powder: 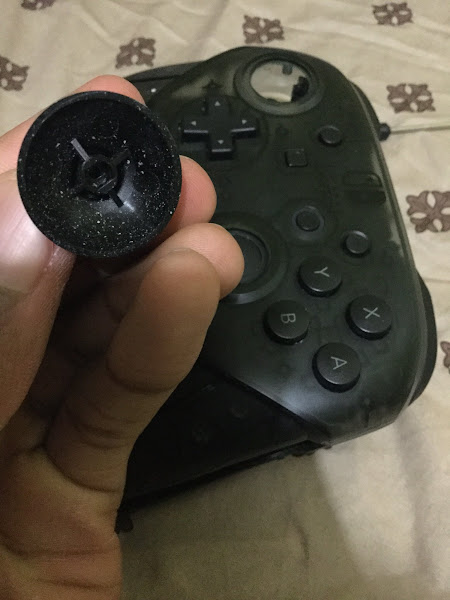 What will I need to go about doing this?

I’m going to to making this into two sections, what is required, which is what you’ll absolutely need, and what is recommended which I would implore you to use. 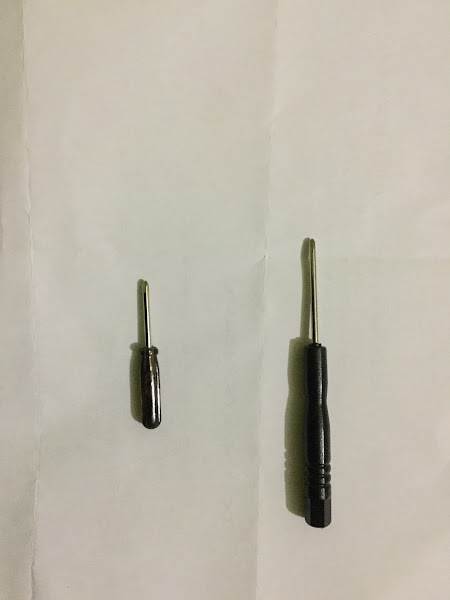 These are examples, but this is what you will need in order to open the Pro Controller. If you have a 3DS screwdriver, or if you’ve already purchased one of these in a previous attempt to fix your controller then this won’t be costing you any additional money. 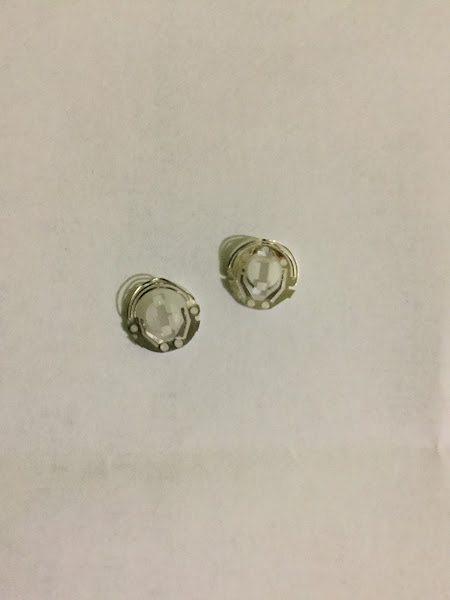 As previously mentioned, this is the component that will need to be replaced. These are small white bits with a metal ring on them that rubs against the sensors in your joystick. There are a couple of ways to acquire these. You can either strip down an old controller you no longer use or purchase controller joysticks from online for very cheap. I do not recommend buying Analog Stick Sensor Wheels stand-alone as they’re found in Analog Stick replacements parts for much cheaper relative to what you’re getting. For good measure I would highly recommend purchasing Analog Stick replacements parts that are easily found on Amazon or Ebay (search “ps4 analog stick replacement”), these are what they look like: 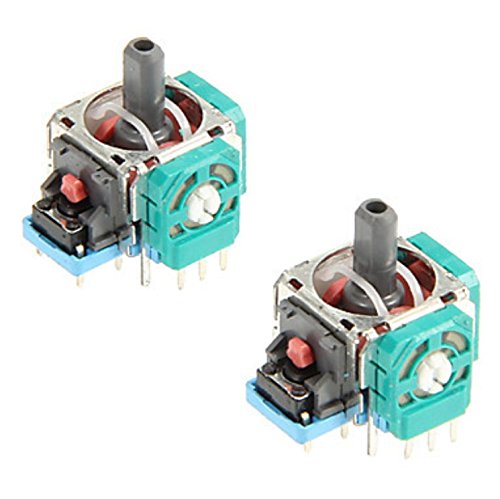 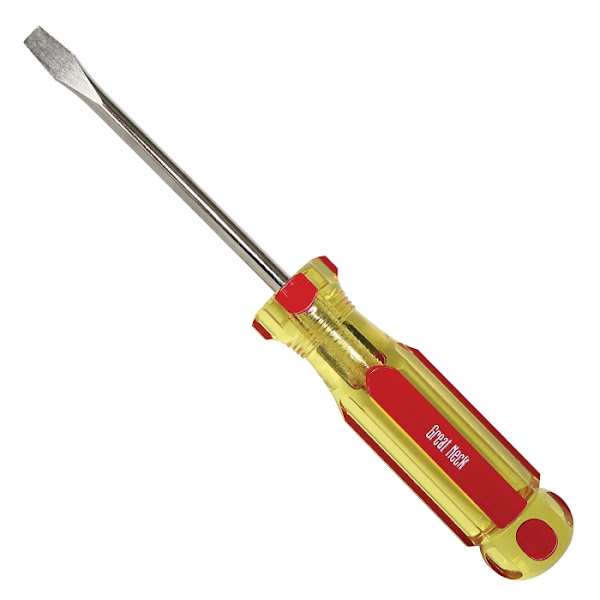 This is what you’ll need in order to pry open the joystick side to access the Analog Stick Sensor Wheels. If you have one of these lying around it won’t cost you additional money. 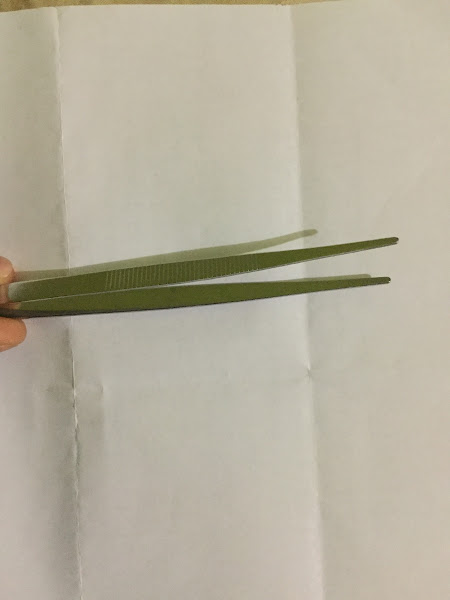 Preferably ones with a very smooth, rounded tip to them to prevent damaging the Analog Stick Sensor Wheels as they are delicate. 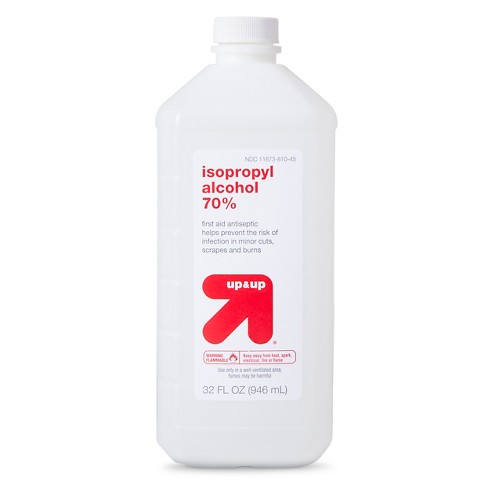 Any brand will do, simply apply some on a qtip and swab inside of the sensors, which I will be directing when to later in this guide. 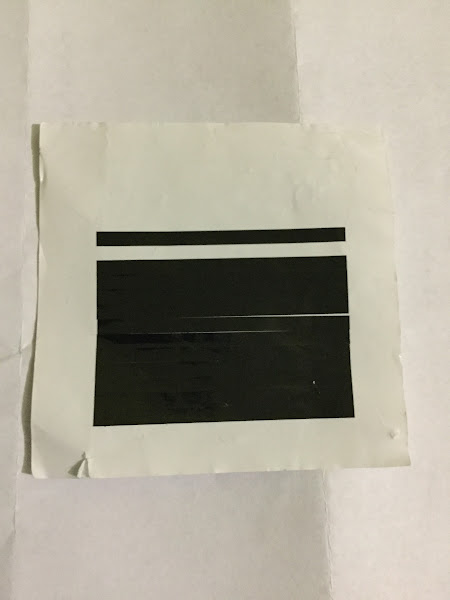 If you want to be absolutely safe and not have grinding happen again, I would recommend these. They go on the rubber analog nubs and prevent white powder from forming. Not absolutely required though but they are something I use. Simply wrap around the neck of the analog rubber nub shown in the image below. 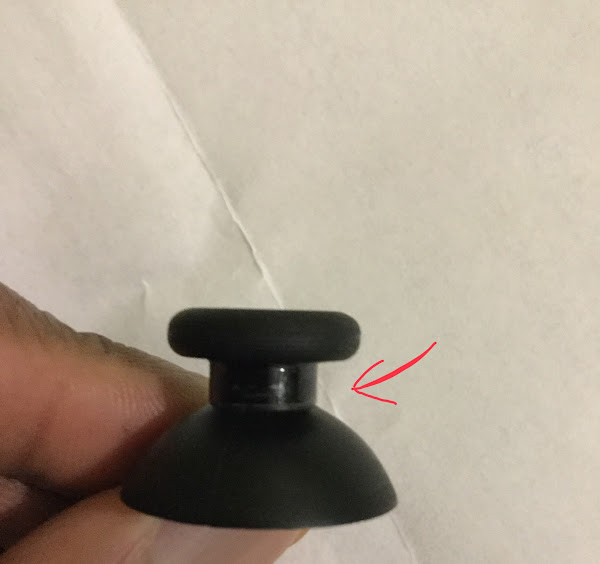 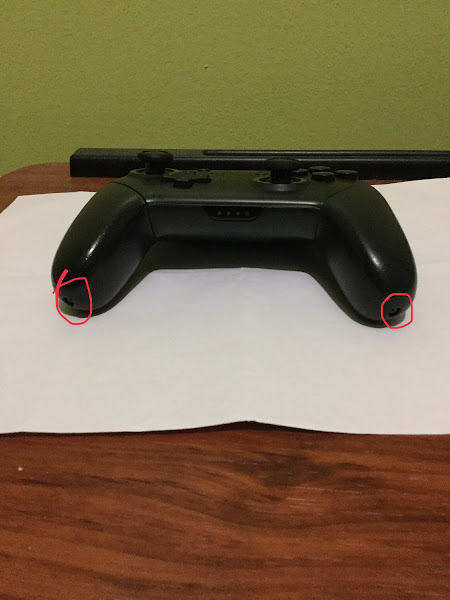 In order to enter your Pro Controller, firstly you will need to take your #0 Phillips Head Screwdriver and unscrew the two screws that are under the grips, then slide off the grips. These two screws I will be referring to as Grip Screws. They are small so keep them somewhere safe. 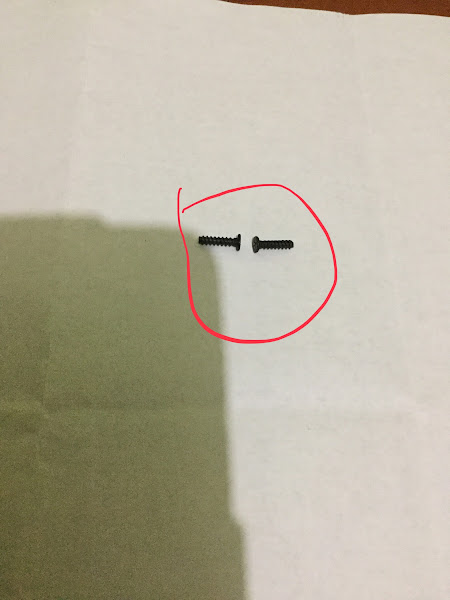 Proceed to flip your controller over, and you will see four silver screws. Unscrew them and keep them somewhere safe. I will refer to these as Back Screws. 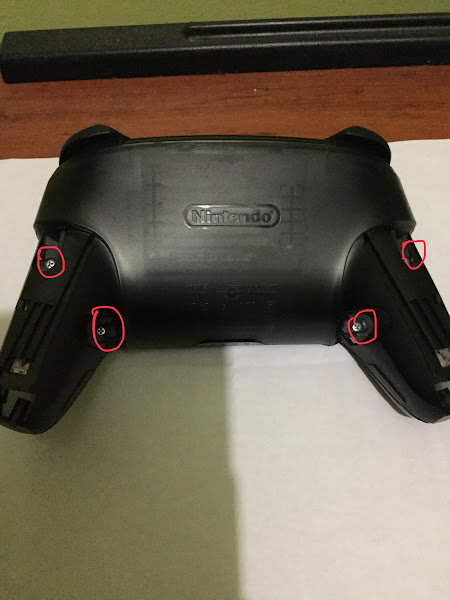 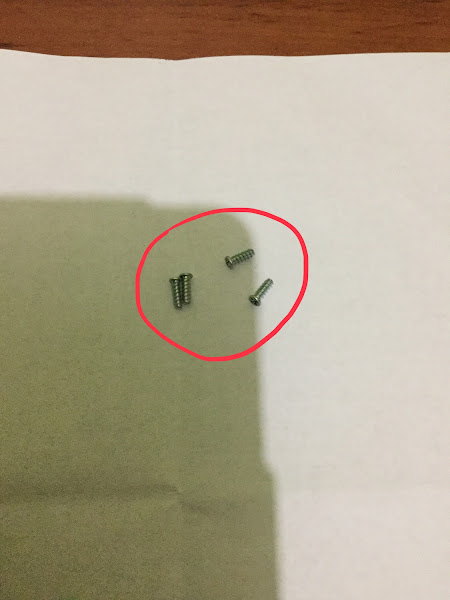 Take off the back shell with the Nintendo Logo on it, and you will see the battery along with five short stubby screws that you will need to remove that I will call Entry Screws. Remove the battery then unscrew all five Entry Screws. 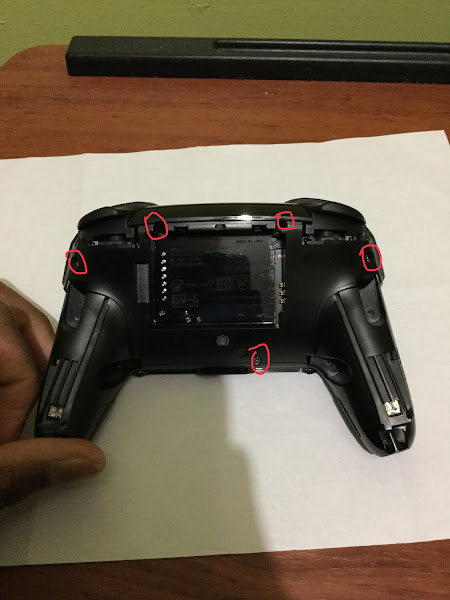 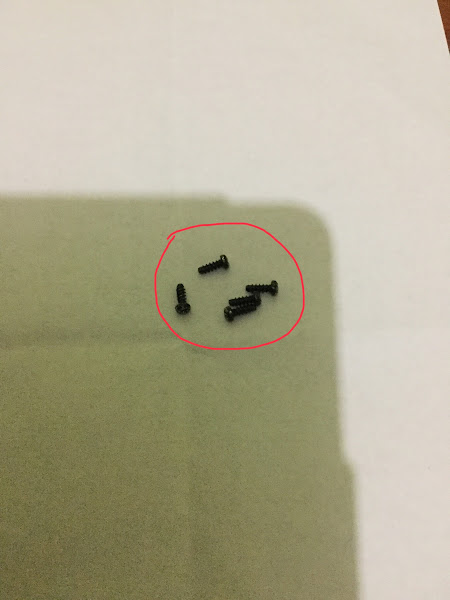 These are very distinguishable from the Grip Screws as they are much shorter and have a much bulbous top part. 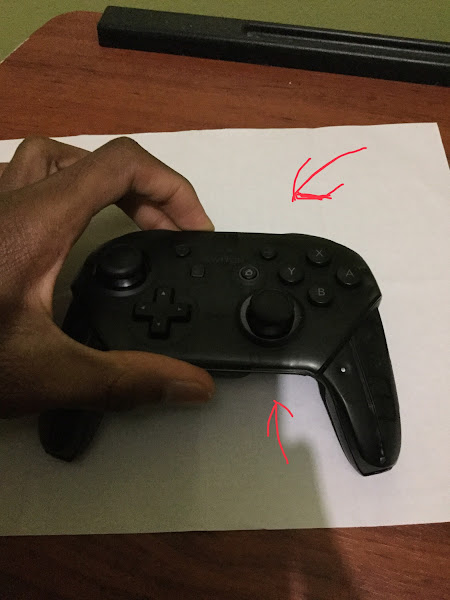 Now gently but firmly, use both hands to take apart the Pro Controller. Be extremely cautious, because there is a ribbon cable right below that be damaged if it is strained but simply opening it up won’t do anything to it. If it is damaged or the connection to the controller is loose, it can have adverse effects such as not registering button inputs, gyro controls not working and NFC capabilities not working. 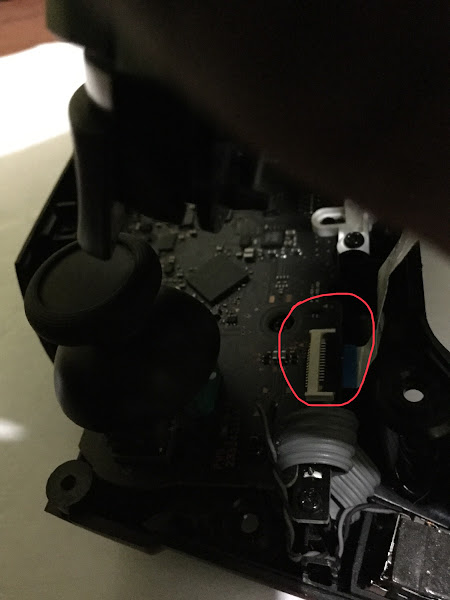 For the analog stick you’re having issues with, (which is generally the left stick) take off the rubber analog nub, it comes right off. 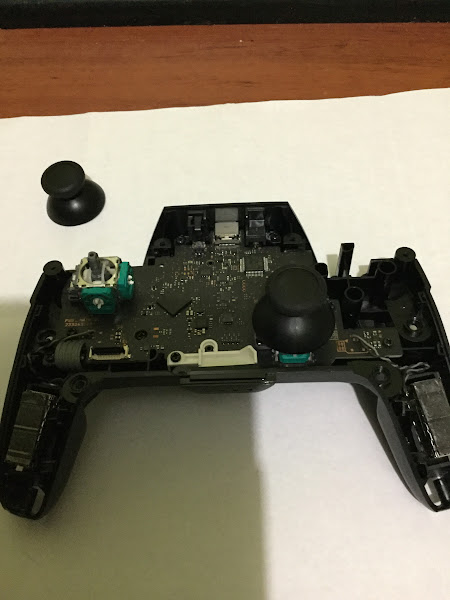 Before doing anything else, take note of this. 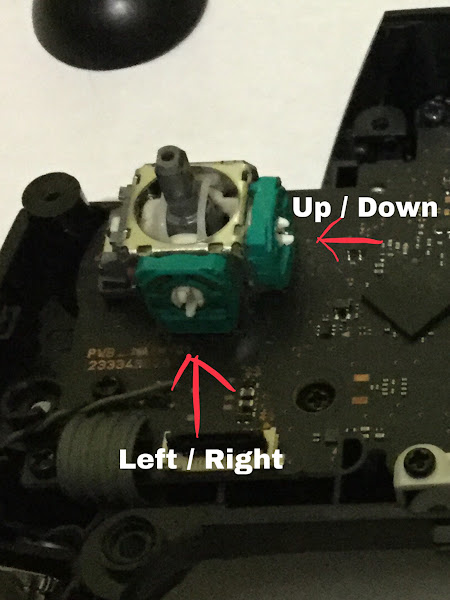 The bottom Sensor controls Left and Right inputs, the right side Sensor controls Up and Down inputs. Depending on your situation (which generally is Up/Down movement) replace the sensors as necessary but for good measure it’s ideal to replace both as the Quality Control for these Analog Stick Sensor Wheels isn’t the best. 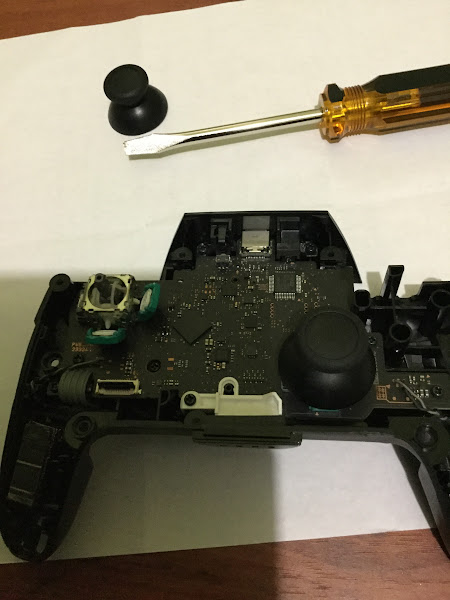 Take your Flathead Driver to very carefully, pry open the sensors. Do not use too much force to do this. Once you have them open, take your tweezers to remove the Analog Stick Sensor Wheels and discard them. Optionally but very recommended, you should be using rubbing alcohol to rub along the sensor just for good measure. 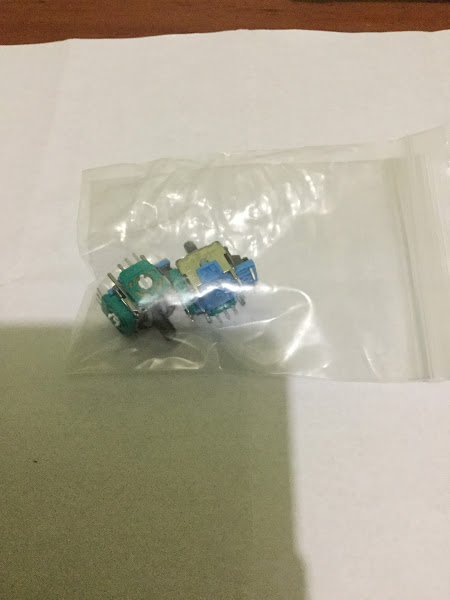 This is the stage where you need to have your Joystick replacements ready. Take your flathead screwdriver and pry open the green sensor to get access to the Analog Stick Sensor Wheel. The green sensor part is going to come right off because it isn’t soldered to anything so that is fine. 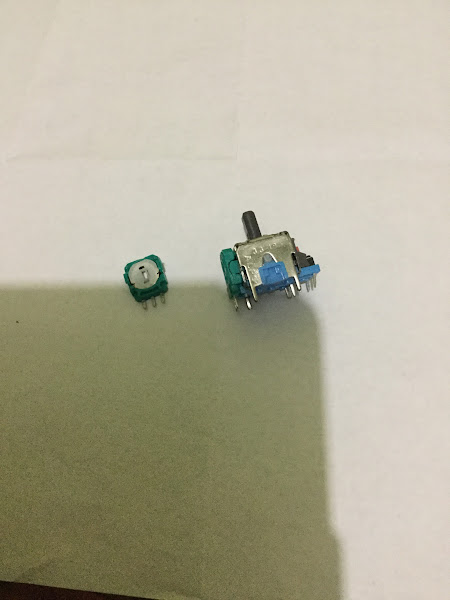 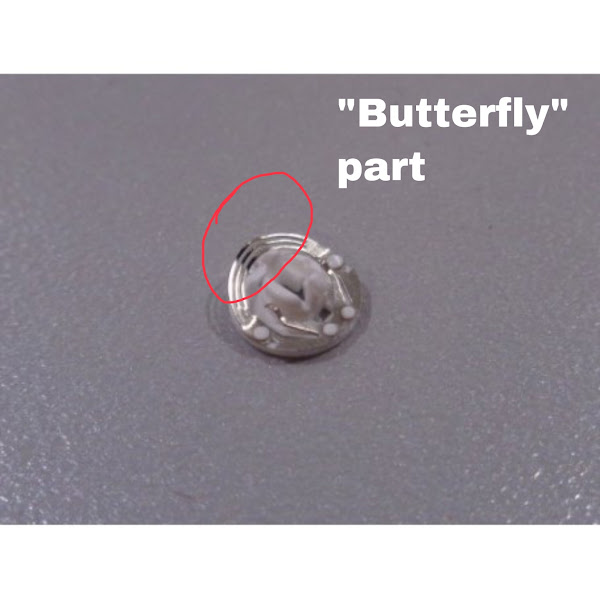 Gently, use tweezers to remove the Analog Stick Sensor Wheel and place it into the green sensor of the analog stick. You must have the metal “Butterfly” part upright, and make sure that the wheel is centered properly. 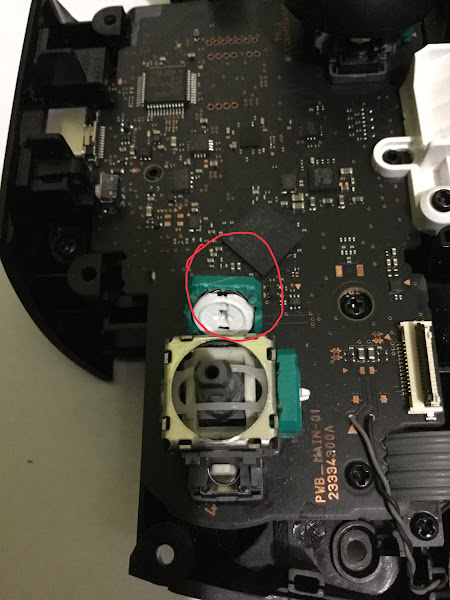 You’ve just repaired your Pro Controller, you’ve saved yourself a headache and $70. Congratulations. Now, how do you reassemble it? You can backtrack if you’d like or just stick around to figure out how.

Place the rubber stick piece back onto the joystick and now reattach the ribbon cable end back into the latch, make sure the blue part is lined up correctly before you close the latch and fully reassemble the controller or you will have adverse effects earlier mentioned such as inputs not registering, Gyro controls not working and NFC functionality not working. Ensure the Blue end of the ribbon cable is lined up properly as is shown in the photo below. 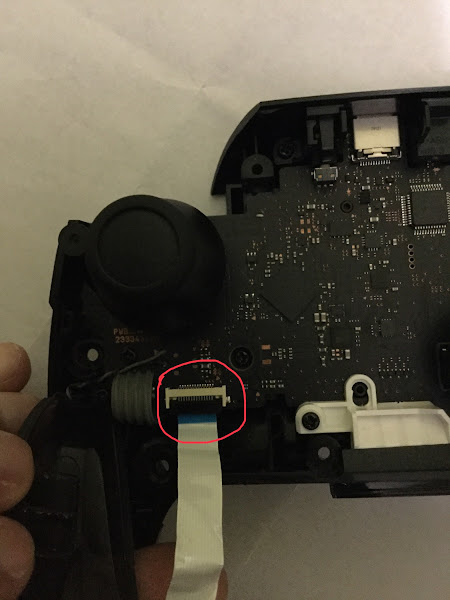 Place the top Pro Controller Casing back, and click it into place snugly. Turn it over, rescrew the five Entry Screws into their slots and place the battery back inside. 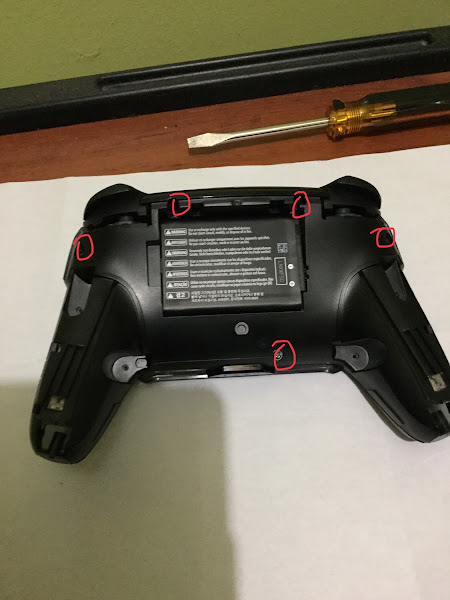 Place back on the back part with the Nintendo logo branding on it, be sure to snap the top and bottom parts of it snugly into place, then rescrew the four silver Back Screws.

Lastly, slide the left and right grips back into their respective sides, firmly push them into place then rescrew the two Grip Screws.

If you notice that on the Calibrate Control Sticks screen that your analog stick isn’t making a ‘+’ sign, meaning its neutral and not being touched, simply Recalibrate and it will work normally. 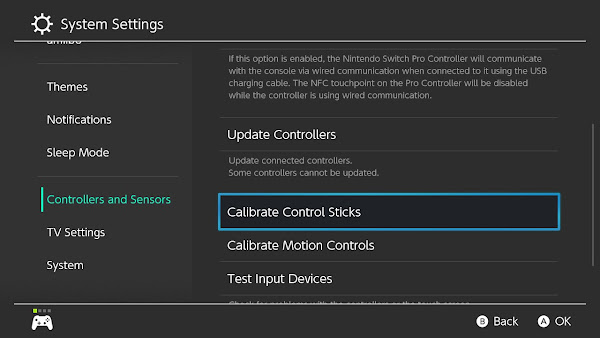 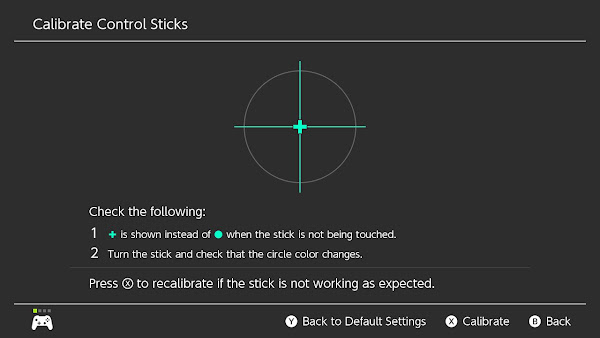 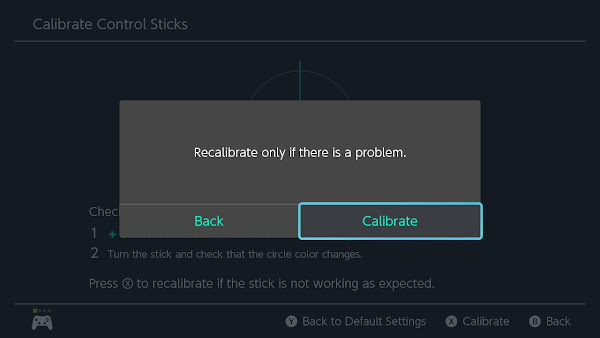 You now have a fully functional Pro Controller that works like the day you’ve bought it. This is the end of the guide.

This is a detailed guide I’ve spent a bit of time making because I’ve seen multiple people, namely in the Splatoon community dealing with this issue and having to buy multiple controllers as a result. I was able to find this definitive solution and I hope this helps anyone who comes across this.